So I am trying something different with this week’s Friday Five. Instead of sharing with you five things I am liking or want to try, I am going to share with you some of my cooking fails.

No one is perfect and cooking isn’t always easy. Sometimes things just don’t work out. But that is the best part about cooking — you can always try another time. These are all recipes I have tried before and haven’t exactly gone as planned for whatever reason.

1) Nutella Rice Krispie Treats. Sounds pretty delicious, right? I made these to bring to work back when I lived in DC (I instituted Treat Tuesday in my office because, well, I wanted an excuse to be a fatty). While they had the delicious Nutella taste I was looking for, they were hard as a rock. They didn’t have that chewey bite that Rice Krispie treats are known for. I am not entirely sure what went wrong, but it might have had to do with the marshmallow to Nutella ratio. Next time, I might try using marshmallow fluff and see if that makes a difference.

2) Balsamic Vinegar Chicken with Fresh Tomatoes. This dish held so much promise. I love balsamic (even though Eric does not) and anything with basil and tomatoes together should be excellent. But this was just…meh. I followed the directions as written, but it turned out with zero flavor. It was just dry chicken. I’m not sure if this recipe deserves a second chance or not.

3) Crock Pot Jerk Chicken and Thai Curry. I am including both of these as one because they suffered the same fate — being almost too spicy to eat. Eric and I both love spicy food, but I think the combination of the spices cooking all day infused a tad too much heat in to the final product. Maybe next time I will cut the spice mixture in half or the cooking time and see if there are better results.

4) Blackened Salmon. Who does’t love blackened salmon? Granted it isn’t one of the easiest things to make at home, even though you might think it is. When I tried this, blackened didn’t mean flavors, I meant the actual fish. BLACK. The finished product has a nice black and burned crust on it. It also set off the smoke alarm in our apartment quite a few times. No bueno.

5) The final fail isn’t necessarily one recipe — it is one particular ingredient. 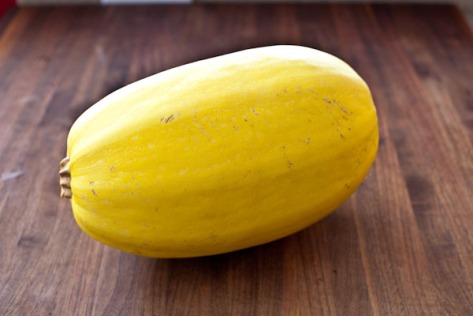 For the life of me, I just cannot find a way to do spaghetti squash right. I’ve cooked it in both the microwave and the oven. I’ve served it with my homemade pasta sauce, a take on alfredo, in a stir fry. It just never turns out in a way that is edible. I’m not entirely sure if I am doing something wrong or if I just don’t like spaghetti squash in general. The whole “oh this is an awesome substitute for pasta” might not fly with my inner Italian.